Barre is a uniquely energetic community with vision, purpose and unity. We’re on a mission to the future, and we’d love for you to join us.

Barre Area Development Board of Directors 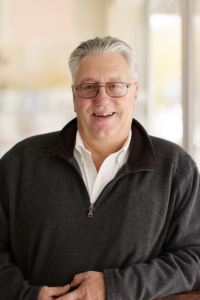 Bob, Jr. was born in Barre and grew up in East Barre. He graduated from Spaulding High School and furthered his education at Vermont Technical College in Randolph Center, Vt., graduating with a degree in Architecture.

Bob is currently president of E.F.Wall & Associates, Inc., a family owned construction company started by his father in 1969. He manages the business with his two brothers. The company is based in Barre and provides construction services throughout Vermont and western New Hampshire, employing a staff of +/- 90 employees. In addition, Bob and his family own commercial property in and around the Barre area.  Bob Jr. is a second generation director of Barre Area Development, Inc. (BADC). His father, Bob Sr., was a founding member of BADC.

In addition to being a director, Bob Jr. is a member of BADC’s executive committee and the current Vice President of BADC. He is a past president of the Association of General Contractors of Vermont and a past president of the Central Vermont Chamber of Commerce. He is also a former Barre Town Selectman.
Bob is an avid outdoorsman, enjoys working on his property and land, shooting skeet, and spending time with family and friends. 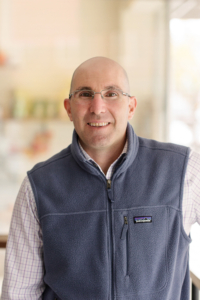 Commercial Loan Officer Dave Rubel joined Community National Bank in 2014 after several years of working as an Area Business Advisor for Vermont Small Business Development Center. Dave is a graduate of the ABA Commercial Lending School, the Northern New England School of Banking and the RMA Lending School. He is also a graduate of American University, Washington, DC. Dave is a past President of the Montpelier Rotary Club, has chaired the Barre Partnership Economic Development Committee, served as a Director for the Central Vermont Chamber of Commerce and has chaired Central Vermont Road Pitch. In 2010, Dave was recognized as a Rising Star by Vermont Business Magazine. The following year he attended the Vermont Leadership Institute (VLI). He has also been a coach and board member of Barre Youth Lacrosse. Currently, Dave sits on the advisory board for the Vermont Small Business Development Center. Dave was born and raised in Barre where he currently resides with his wife Minori and their children Lia and Noah. 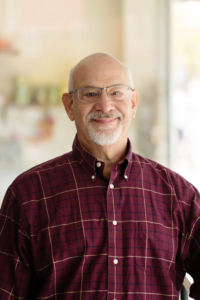 David has lived in Barre since 1988. His career spanned 40 years working in local government in Ohio and Vermont, and he retired from the Vermont League of Cities and Towns in 2018.  He has degrees from the University of Michigan in Liberal Arts and a Master’s in Public Policy.

David’s record of public service includes City of Barre Planning Commission 10 years and counting, 25 years as Director on the Board of the NLC Mutual Insurance Company, Board of Directors of NLC RISC (National League of Cities Risk Information Sharing Consortium) and Kiwanis Club of Barre (also Kiwanis Club of Delaware, OH and Rotary Club of Brattleboro, VT). 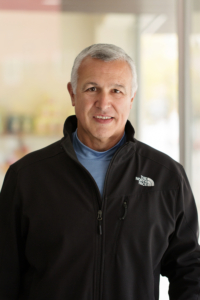 Al was born and raised in Rutland, Vermont and is a 1980 graduate of Bentley College with a Bachelor of Science degree in Business Administration.

He has been active in a range of civic organizations such as the Central Vermont Chamber of Commerce and the Barre Tournament Committee. He is a past president of the Barre Partnership.

Al has been with the Barre Area Development Corporation since 1985, is a BADC past President, and presently serves as its Treasurer. He is also a member of its Executive Committee

His interests include skiing, flyfishing, varied water activities, and spending time with his wife Ann at their summer camp located on Lake Carmi.  The Hutchins currently reside in East Barre and have three grown children, Isaac, Jason, and Stephanie

Karl has recently retired after almost a fifty year career owning a Mobil convenience store and a communications company in Central Vermont.

His interests, in addition to enjoying life with family, include boating, skiing, snowmobiling, photography, hunting and community service. 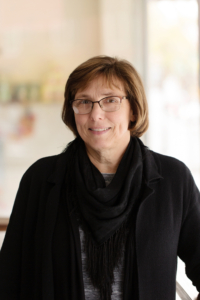 Sarah L. Field is a lawyer admitted to practice in Vermont in 1987 with an office in Barre, VT.  Her area of concentration involves transactional law including: real estate and business acquisitions, sales, secured financing, leasing and development.

Kristen is a Barre native who received her B.S. in Early Childhood Education from the University of Hartford. After college Kristen lived throughout New England and abroad before coming back to Barre in 2006. Kristen has both Primary and Elementary Montessori training. She has worked for the Montessori School of Central Vermont for over ten years, first as a teacher and now as the Head of School. She lives in Barre with her husband, two sons and their dog. 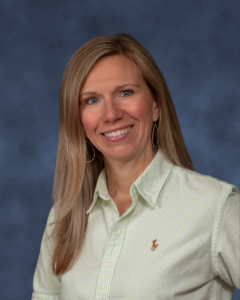 Krissy grew up in Barre and graduated from Spaulding High School. She received my B.S. at UVM, in Community Development and Applied Economics, with a minor in Small Business. She has worked at Bellavance Trucking since 2009 and runs RPR Driving School which is a Class A school where Bellavance Trucking sends candidates who want to drive tractor trailers. She resides in Barre with her husband and three daughters. She enjoys boating, skiing, and spending her free time at their camp in Island Pond.

Tony Campos manages cable access Central Vermont Television located in Barre and is a producer and director of video productions. He is known for creating the show, New England Cooks and he is co-host and producer. He is resident of Barre and is huge supporter of all things Barre.  Tony’s motto is, “give me something to do and I will get it done.” His Bio for New England Cooks reads:

Tony is fun, wacky, and family-oriented and brings his winning team a much-needed balance of love of food, love of travel, and love of family to their excursions around New England. Whether scuba diving off the coast of Maine, racing down an alpine slide in Vermont, or just walking the beach en route to a New England lobster bake, Tony will introduce you to a New England that is burnished in autumn, fun in the sun, and delicious all the year through. Most importantly, Tony’s infectious enthusiasm for the places he loves and discovers imbues viewers with a joie de vivre for this part of the world. 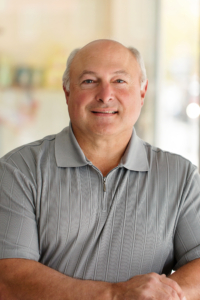 Eddie is a self-employed career agent with National Life Group since 1991.  He is a Registered Representative of, and securities are offered solely by Equity Services, Inc, with offices in Barre and Montpelier.

He resides in Barre with his wife Sandy and their daughter, Olivia, and Shitzu dog, Max. 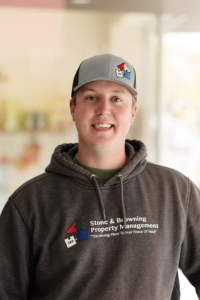 Markus Browning was born and raised in Barre Vermont. He attended Spaulding High School before heading off to college. Markus graduated from West Virginia University with a degree in Business Administration and minors in Public Relations and Communications. During the final semester of his college career, he began Stone & Browning Property Management LLC with longtime friend Reuben Stone. Upon returning to Vermont he hit the ground running. S&B handles the day to day headaches of owning rental property by helping streamline the process. Their expertise and knowledge of real estate benefits their clients by maximizing the return on their investment. Markus enjoys live music, playing music, and dancing to music. He also enjoys skiing, hiking, and going to music festivals. He lives in E. Montpelier with his fiance Quinn and dog porter! Markus’ burning desire is to own a music venue/brewery!

Jen Lawrence is the manager of Lawrence Properties, a holding company that rents and leases real estate in Central Vermont, including downtown Barre City.  Jen and her husband, Justin, own and operate Essential Retirement Services, Inc, in Barre, a firm that specializing in insurance products for those who are 55 and over. 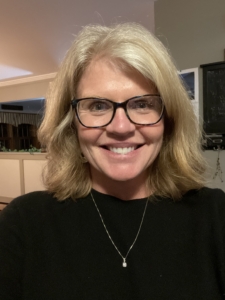 Jen is a Vermont native who received her B.S. in Accounting from the University of Vermont and MBA in Finance from Southern New Hampshire University. She has worked at Union Mutual Fire Insurance since 2009 and has been CFO and Treasurer since 2013. She is a central Vermont native residing in Montpelier most of her life until moving to Barre Town in 2017 with her husband. 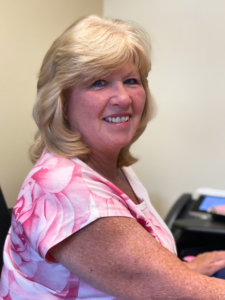 Located in the heart of Central Vermont, Barre is one of Vermont’s most cosmopolitan cities surrounded by rolling hills, bucolic farms and wilderness that attract tourists to high quality cultural, entertainment, and outdoor recreational experiences. The Granite Center of the World is home to unique museums, diverse restaurants, vibrant visual and performing arts, and one of the Top Ten mountain biking trail systems in New England.

Barre has approximately 17,000 residents and offers employment at livable wages, a housing stock that attracts and serves all income levels, and access to excellent schools and health care services. It’s a friendly, affordable place to live with diverse, industrious residents who have an above average education level.

As a result of recent public and private investment, central location, affordable housing, recreation and cultural attractions, the Barre Area, comprised of the City of Barre and the surrounding Town of Barre, is recognized as an upcoming micropolitan area. It’s a wonderful place to start or expand your business.

The Spanish influenza pandemic, which killed 675,000 Americans a century ago, is often referred to as the “forgotten flu.” Also forgotten: the lessons it might have taught us for how to deal with the COVID-19 pandemic. Correspondent Martha Teichner looks at the cost, in lives, of ignoring history.

LIVE IN BARRE
DO BUSINESS IN BARRE
VISIT BARRE